The Canon EOS-1D X Mark III has a lot to live up to – and a real fight on its hands to defend its throne. While the world of sports photography is still dominated by DSLRs (with 70% of pros at last year’s Rugby World Cup using Canon DSLRs). mirrorless cameras have now come so far that Sony’s latest effort, the Sony A9 II, is a far superior photographic tool to the Canon EOS- 1D X Mark II. Read our CANON EOS-1D X MARK III Review. 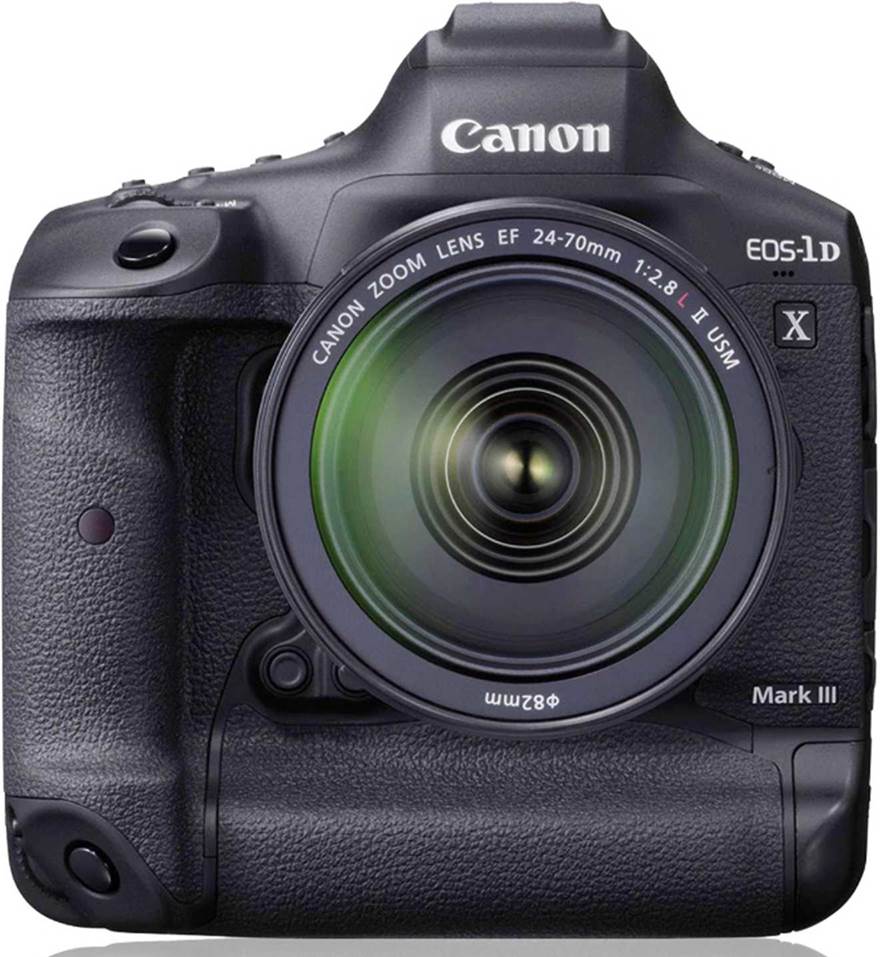 So Canon had to pull something special out of the bag with its new flagship DSLR, and this hybrid DSLR/ mirrorless camera ushers in a number of industry-standard features and technologies, from a new image format and a new memory standard to an innovative control input that will almost certainly become the norm for cameras that shoot action.

While the 1D X Mark III is brimming with the latest technology, it’s built around one fundamental piece of throwback 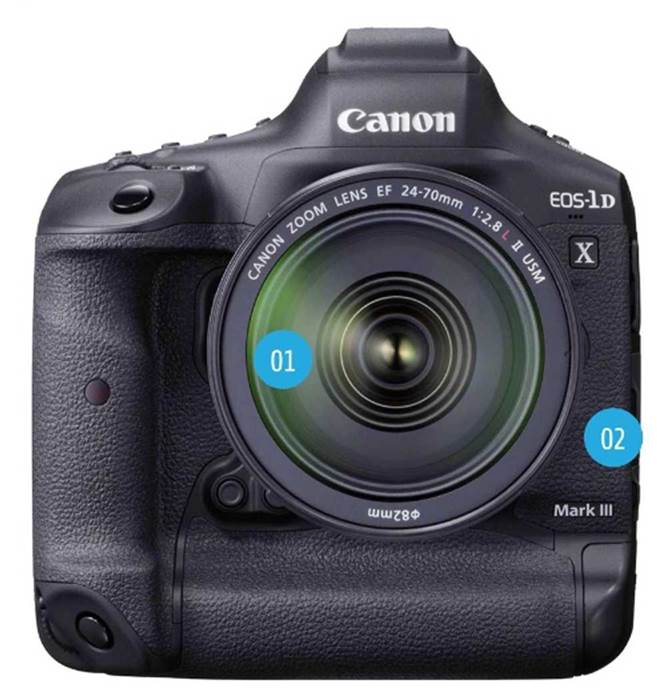 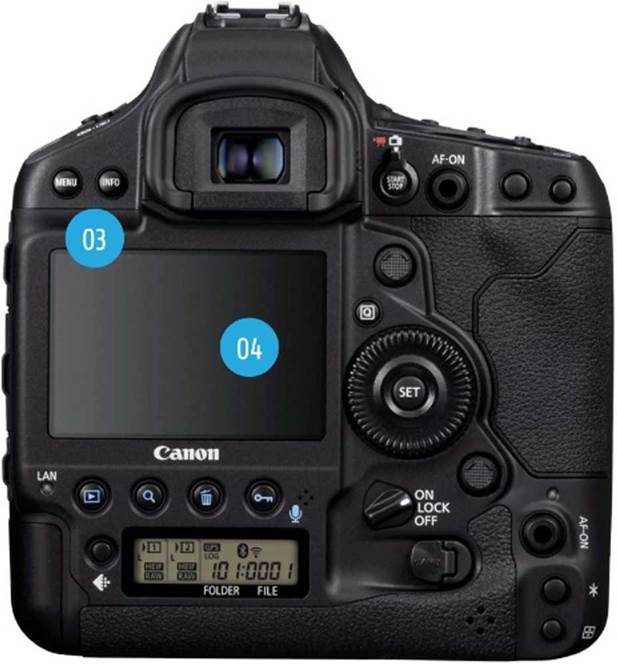 1          The 20.1MP image sensor offers fewer megapixels than the Sony A9 II or even the 1D X Mk II. Canon claims that 20MP is the sweet spot for optical performance, and that this 20.1MP sensor produces sharpness and resolution equal to a pro 24.2MP sensor.

These are a revelation for shooting, with a buffer capable of capturing bursts of up to 1,000 raw images.

3 The Menu, Info, Q, play, magnify, delete and ‘key’ buttons light up at the touch of a button. If only every camera could do this!

4 The rear LCD is a touchscreen, but it doesn’t tilt in any direction.

5 No need to worry about the weather: every joint has 0-rings. Even the tripod socket has one.

6 While the body feels almost exactly the same as the Mk II in terms of layout, the magnesium alloy chassis has been re-engineered, with some changed internal components meaning that it’s structurally more sound, yet lighter. 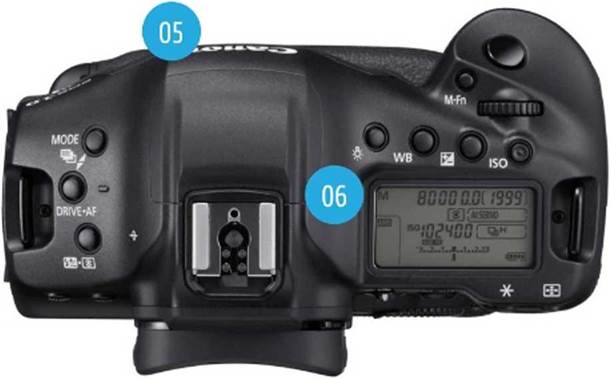 hardware: an optical viewfinder, using which it can shoot 16 frames per second (mechanical shutter) in conjunction with a dedicated Digic 8 processor, with 191AF points (155 of which are cross-type).

However, when switched to Live View, the camera can shoot 20 frames per second (mechanical or electronic shutter) using the full 20.1 million-pixel readout of the image sensor, combined with the new Digic X processor and an enormous 3.869 Dual Pixel CMOS AF points.

Digic X is a whole new family of processors for Canon cameras. In the case of the 1D X Mark III the processor is 380 times faster than the one in the Mark II at computational processing, and 3.1 times faster at image processing.

This plays a big part in enabling the 1D X Mark Ill’s most talked-about party trick: Deep Learning AF. Canon fed the algorithm with millions of reference images, enabling it to learn how to recognise human figures, and teaching it to prioritise the human head, regardless of whether the face is Looking the other way or obscured by goggles or helmets. The result is an AF that knows the head is the primary point of focus. 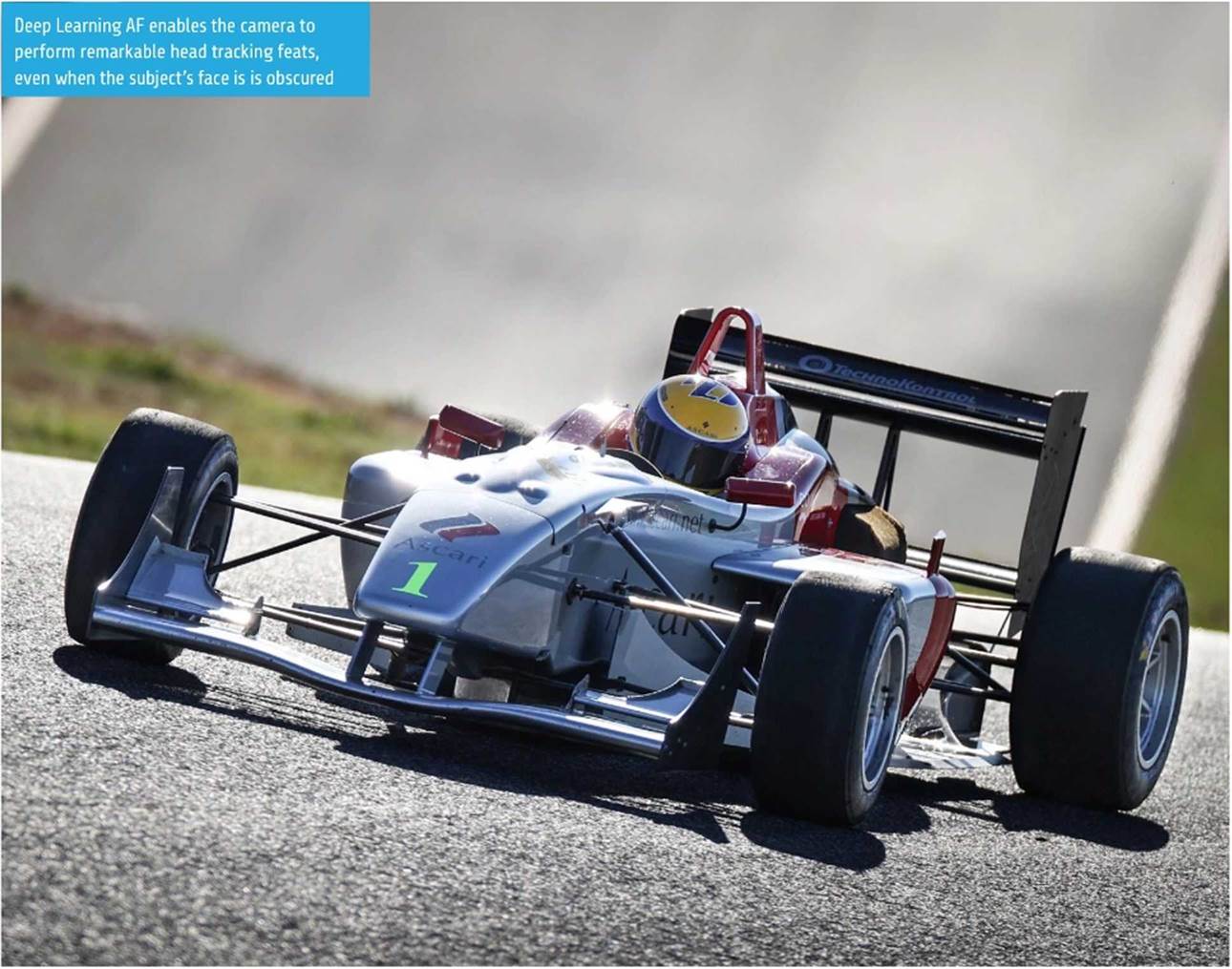 The 1D X Mark III also adds HEIF support to its raw and JPEG shooting. The format has been around for a while, but this is the first time that it’s been supported in a traditional camera. HEIF offers superior fidelity to 8-bit JPEGs, and you can capture images with four times the amount of data in the same file size.

The EOS-1D X Mark III looks virtually identical to the Mark II – and. indeed, to most 1-series cameras ever produced. Holding the camera is like hugging an old friend.

That said, its new Smart Controller is the future of AF point selection. Traditional joysticks give you tactile and granular control, but they’re slow and clunky if you want to move your AF point across the frame. The Smart Controller, by contrast, moves your AF point as fast as you move your thumb, and the idea will no doubt be adopted by the entire camera industry before long.

While some might scoff at the Canon EOS-1D X Mark III only having a 20.1MP sensor, the proof is in the pictures. While we can empirically say that they’re not quite as sharp as those produced by a 24MP sensor, they’re certainly more than sharp enough. And the beefy dynamic range and ISO results in images with a lot of play in them – even in the JPEGs, but especially in the HEIF files. (Remember that, for pro use, JPEG is far more important than raw, as it’s the currency of agency shooting.)

The 4K video is crisp and clean, and we’re happy to see that Canon has finally cracked the full-frame cropping problem. Obviously the lack of image stabilisation is a significant factor when it comes to video, but this is hardly a run-and-gun vlogging camera. Mounted on a tripod, and combined with electronic stabilisation (which introduces a crop) if you must, footage seems pretty pristine.

Shooting video reveals the strength of the new Deep Learning AF, which really does make a difference. When filming cars zipping round a track, for example, you can see the speed of focus acquisition – and the camera 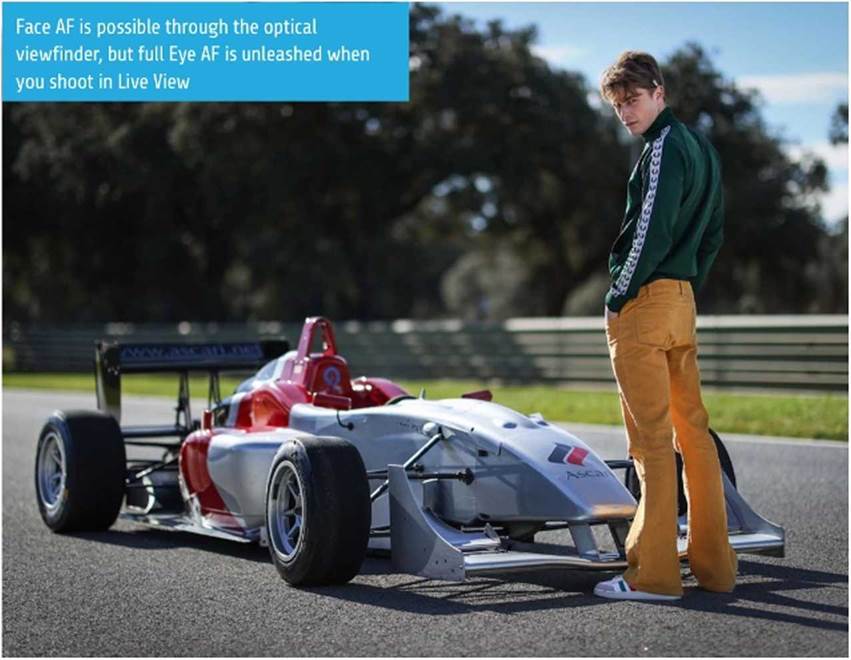 knew to prioritise the drivers’ helmets rather than the car bodies. What’s more, the new Case A (for Auto) Al Servo mode will faithfully find and follow the fronts of cars. It’s pretty darned clever technology.

Canon has its own reasons for not rolling out IBIS yet, and is still proclaiming that lens-based IS is superior. That may well be true. But when you’re using a huge L-series lens that isn’t stabilised, or trying to record video with a giant hunk of glass mounted and trying to get a cool angle using a screen that doesn’t tilt, you really do wish for such things.

The EOS-1D X Mark III is every bit the professional powerhouse you would expect it to be. Unlike other Canon products, however, this one doesn’t hold back, and it introduces some serious next-generation technology that will fundamentally improve your shooting experience, your workflow and your images. 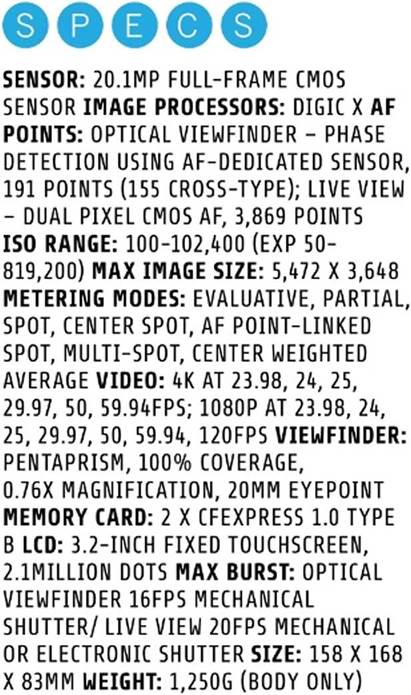 The 1D X Mark II was already a stellar performer when it comes to dynamic range, so we’re not surprised that the new Mark III performs very similarly.

The EOS-1D X Mark III does so much that no other camera can - it's a genuine glimpse into the future of digital photography.