With a range of hybrid features, impressive video specs and lightweight builds, Sony and Fujifilm’s CSCs go head-to- head for the title of ultimate entry-level hybrid. 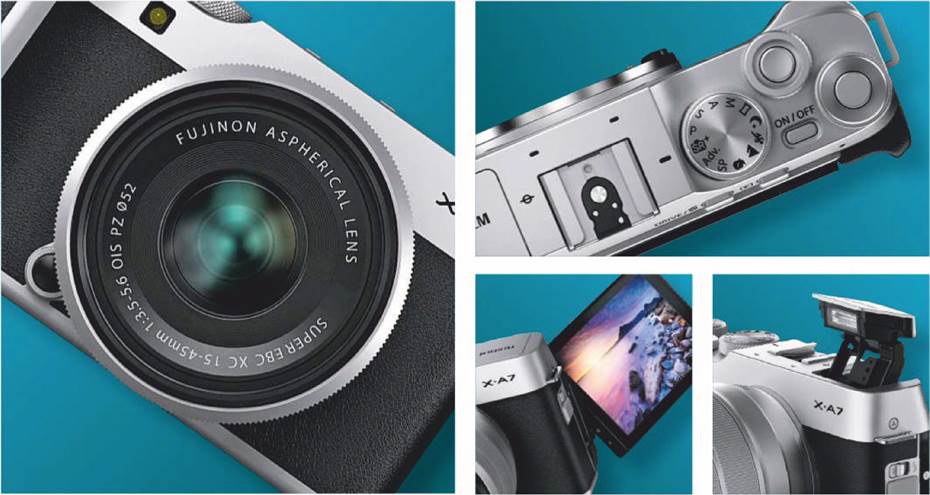 Fujifilm Master of colour opens up a world of touch controls

Fujifilm’s camera stays true to its heritage in terms of appearance, with the front giving a pleasing retro feel with a silver top-plate. The back packs in a huge 3.5in screen with an impressive 2760k-dot resolution. This usurps the usual abundance of physical controls, placing a heavy reliance on touch operation. Simplified virtual buttons and sliders allow you to cycle through colour effects, using the creative Film Simulation colour profiles, as well as defocus a background with a swipe and perfect exposure with ease. The dual control dials on the top-plate and the joystick allow familiar operation for more experienced users. 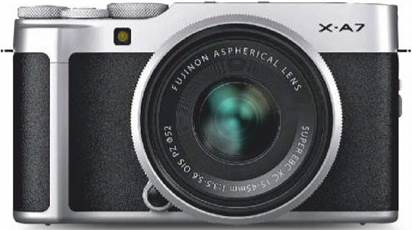 Entry-level CSCs are fast becoming a hybrid of nifty photo features and pumped-up video specs that bridge the appeal for photographers and vloggers alike. It’s in this vein that we find the Fujifilm X-A7 and Sony a6100 – two flip­screen mirrorless cameras that boast 24MP sensors, impressive spec sheets and capable video features. The question is, which is more deserving of your money?

Both cameras give 24MP of resolution, a compact build and a 180° touchscreen. The Sony opts for a 3in 921k-dot flip-up LCD, while Fujifilm offers a huge 3.5in 2760k-dot vari-angle screen that flips out to the side. Both will allow you to compose stills and video of yourself, though the Sony design limits the use of a hotshoe, so microphones are out. The Fujifilm also gives enhanced usability for beginners, with simple touch prompts to get the most from your footage and shots – an early win for Fujifilm.

Both cameras are packed with capable AF systems. The X-A7 gives you a choice of 91 selectable AF positions, as well as face and eye detection, which works pretty well. The focus is nippy and returns strong performance. There will be occasional hunting in low light, but overall it does a good job. Sony turns out a formidable performance here. Not only does it match face and eye detection, but the 425 points pack algorithms for real-time tracking and even Animal Eye AF. It’s rapid to acquire focus and locks on convincingly. While the X-A7 is more than enough for most people, the added versatility and accuracy of the a6100 gives it the edge here.

Both cameras are designed to be travel friendly. Small and light is the order of the day. The Sony tips the scales at 396g body only, while the Fujifilm comes in at 320g. Of course, size is a double-edged sword as you’ll still need your camera to be functional. The a6100 design gives you a lot of tactile options. There are custom buttons and physical controls aplenty, with a D-pad giving you shortcuts and control when you need it most. It lacks a front control dial and joystick, which we found slightly annoying switching from bigger bodies. Fujifilm brings a joystick and both front and rear dials mounted to the top-plate. However, it’s missing custom Fn buttons, switching the majority of control to the rear LCD. If you want tactile, this may be off-putting, though thankfully there’s enough on offer and it’s easy to use. You even have a quick menu for more advanced settings. It also gives you easy-to- follow prompts, such as an exposure compensation slider and another that gives shots a shallow depth-of-field by 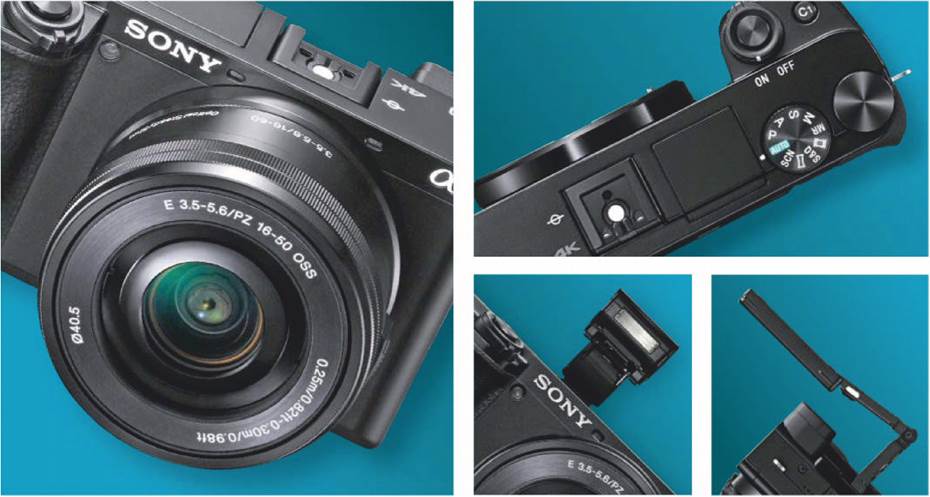 The a6100 retains the looks of the Sony a6000, offering a small and light body packed with physical controls. There’s a handy D-pad for a shortcut to many of the most common settings and features, such as drive modes to access the 11fps continuous shooting, exposure compensation and ISO settings. Customisable Fn buttons let you assign your own features to physical controls. Though the LCD does have touch functionality, it’s on the limited side, and the menu itself doesn’t support this feature, so get acquainted with the dials and buttons and set the camera up to supplement your shooting style. You’ll thank us later. 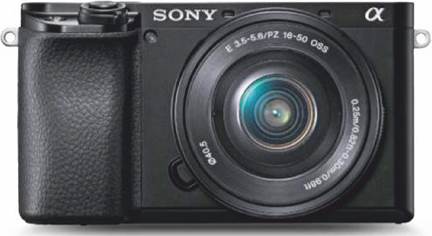 adjusting the aperture – perfect if you’re not too familiar with settings and prefer the auto modes. The movie mode feels hidden away here. While Sony has it on the Mode dial, Fujifilm has it at the bottom of the Drive mode button. Not a huge issue, but just not as convenient. There isn’t a clear winner here, so we’ll leave it up to your tastes to decide this one.

Let’s talk about low-light performance. From the spec sheet, you’ll find the Sony takes the edge. Fujifilm gives you a modest 200-12,800 native ISO. This is drubbed by Sony’s 100-32,000. Of course, as with most claims for noise handling, working to the highest ISO is not advisable under normal operation due to the inevitable image degradation. Despite an obvious advantage on paper, both cameras give an impressive performance at the price. The Fujifilm is very clean until ISO 1600, and usable to ISO 6400, even 12,800 if you’re desperate. Likewise Sony does a grand job, offering an extra native stop at the low end. You’ll also be glad to hear it performs just as well as the Fujifilm at the higher ends. Even 25,600 surprises with detail retention – though only if desperate. It’s a tough call, but Sony just wins out here.

Colour is one of the most talked about motivations for using a camera, so let’s take a look. Sony does a good job, coming a long way from its early cameras. Images are pleasing, skin tones natural and the picture profiles give solid variety. However, the Fujifilm brings a rich colour heritage that’s hard to ignore. The Film Simulation modes return stunning JPEGs and give you unique images that won’t require editing if that’s not your cup of tea.

Let’s talk video. Both are capable of 4K at 30fps, and look great. Again, Fujifilm has the colour, but Sony takes the focus with its advanced algorithms. Both are sharp in 1080p and 4K, with pleasing footage to be found on either choice, with a nice level of saturation and image quality.

Fujifilm’s fastest frame rate is 120fps, though it only accomplishes this at 720p. Sony also offers 120fps for slow-motion, but manages to push this out at 1080p – a boon for B-roll enthusiasts. This could very well be the deal-breaker for you.

Thankfully, both cameras include microphone ports, with a 3.5mm on the Sony and 2.5mm for the Fujifilm, meaning you’ll need an adapter here. That said, you can get a vlogging pack with a Rode microphone. The screen on the Fujifilm is also better suited to using external audio, flipping out to the side as it does. The Sony flips up, which unfortunately does limit the use of the hotshoe at the same time.

Who bridges the hybrid gap?

Both cameras are great choices for the enthusiast vlogger or travel fan. You’ll get impressive 4K video, slow frame rates – Sony takes the edge here – and flip-out screens to ensure you remain front and centre in compositions. Sony has the better AF system and a bit more reach in the ISO range, though Fujifilm has a more usable LCD screen, easier menus and improved touch functionality. It also boasts the company’s impressive colour rendition for JPEGs. There is a slight weight advantage over the Sony, though not a great deal.

One large factor in choosing a system is the lens choice. Sony has some stunning lenses, though arguably the best are found for its full-frame cameras. You can use these on the a6100, though they are both sizeable and expensive. Fujifilm creates lenses specifically for APS-C, so you’ll find they are usually more manageable in terms of size and weight, while also being cheaper to buy. This could be the final tipping point between the two.

Sony’s customisation options trump the X-A7, with a large range of tactile controls on offer that may appeal to seasoned photographers. That said, the simplistic touchscreen reliance of the Fujifilm is sure to appeal to anyone stepping up from a smartphone who doesn’t yet have all the knowledge.

It’s a tough call, and both cameras have winning points. For beginners, we have to give the nod to the Fujifilm, while advanced users will find the Sony takes a slight edge. 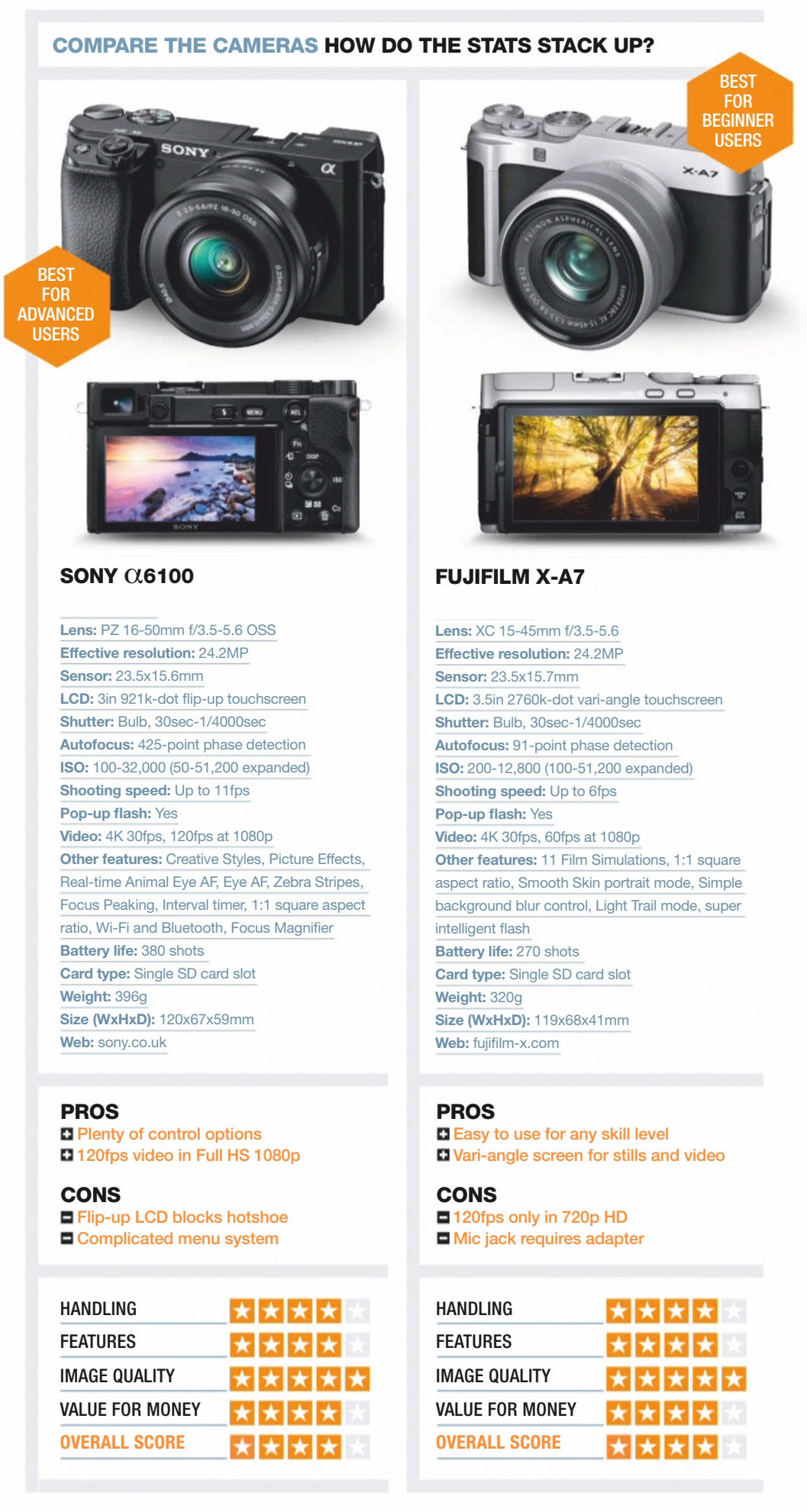