From the very unboxing, there’s no doubt that the Klipsch T5 II True Wireless ANC ‘earphones’ (as Klipsch calls them) are a premium pair of buds. The charging case feels like a fancy Zippo lighter, with considerable heft, a metal casing and side-hinged flip-top lid. For context on this solidity, the Klipsch’s case and buds together weigh 82.4g — 77g of that being the case. That’s almost exactly twice that of the buds-and-case combo for Sony’s WF-1000XM4.

They’re available in a stylish array of finishes — Gunmetal, Silver, Copper, and a limited McLaren Edition — with each upholding the classic chic the brand is known for. The finish on the case feels nice to the touch, though it’s also a fingerprint magnet. We like the integrated rubber foot on the case base, perhaps intended to help keep the case secure on a wireless charging mat, but its security translates to any surface.

That wireless charging support is an upgrade from the regular T5 II buds; you can also plug in the case via USB-C. Disappointingly, there’s no sign of fast-charging, a fairly standard inclusion at this end of the earbud market, and the battery life is also merely average, with five hours in the buds themselves and an extra 15 in the case, or 7+21 if playing without ANC. By comparison, Sony’s WF-1000XM4 offer 8+16 with ANC, despite weighing less. That may be partly down to the Sonys’ Bluetooth 5.2, whereas the T5 II ANC has Bluetooth 5.0; it was in version 5.1 that a number of energy-saving features were introduced.

The Klipsch buds also lack any high-res (or most accurately near-high-res) codec such as aptX or LDAC, offering instead only the Apple­friendly AAC and the base-level SBC, to which Android devices will therefore default.

As for the earbuds themselves, the units are relatively compact and lightweight, sitting comfortably in the ear, reducing fatigue when worn for extended periods. There are a generous six included eartips in the box, all silicon, all sporting Klipsch’s patented oval-shaped design.

They feature an IPX4 rating which, while a downgrade from the regular T5 II’s IP67 score, will still keep them safe from sweat and other light splashes (although note that the case does not share this protection).

They’re adorned with a button, each brandishing Klipsch’s cursive logo, along with a single large indicator LED surrounded by a trim featuring a different accent depending on your choice of colour. These buttons have a relatively soft actuation — not the most satisfying press, and without as much tactile feedback as some other buds, though this does alleviate the issue of applying extra pressure to your ear canals when pressing them.

The Klipsch Connect app can customise the actions performed by these buttons, though oddly limited to the left earbud. The usual array of options is present — playing, pausing, skipping, volume adjustment, ANC or transparency mode, answering or declining calls, and voice assistant activation.

While there are no proximity sensors here for auto pause and playback of music, they have a feature called ‘Bragi Moves’, which allows head-nodding or shaking to answer or decline calls; during music playback shaking will skip to next track. We found it to work reliably as intended, and Klipsch promises that more Bragi functions will arrive via firmware update.

As the product title indicates, one of the main changes from the regular T5 II earbuds is the addition of Active Noise Cancellation (ANC). They perform admirably enough, if no match for the top Sony or Bose buds. Most static environ­mental noises are dealt with effectively thanks to the twin-mike ANC design (one feedback and one feedforward), but there is a low-level background noise introduced by the function itself, and more dynamic sounds — like construction noise — aren’t handled as elegantly as the best rivals.

A full six beam-forming mics (three on each bud) are used for voice clarity when on calls. They do a solid job, remembering that the true wireless format ultimately limits quality; the microphones are simply too far away from your mouth to avoid picking up other external sounds entirely. They feature a transparency mode that allows external sound in, for awareness and conversation; this felt natural in practice and comes with a built-in noise shield to stop unexpected loud noises — another part of Bragi, as is ‘Sidekicks’, a way for multiple settings to be enabled via a single command or action. This includes automatically enabling transparency mode when on a call (excellent news for those that need to hear their own voice in order to speak properly), automatically engaging ANC when listening to music, and enabling transparency mode when pausing it.

These Sidekicks are, frankly, genius — when a listener pauses their music it is indeed likely because they want to hear their surroundings, so why make this process require multiple commands or the removal of the buds altogether?

The T5 II ANC are also the first true wireless earbuds to boast Dirac HD. We know Dirac from the excellent Dirac room correction used by the likes of Arcam and NAD, but its ‘Dirac HD’ headphone technology is rather more mysterious. “Patented algorithms” for “high-precision and transparent spatial audio”, says Dirac. Improvements in “staging, clarity, vocal crispness, and bass fidelity”, says Klipsch. We all know you can’t fix a fundamental dud with such processing, but engaging it here resulted in a more rich and spread experience. With Dirac HD engaged the T5’s bass is a little more punchy and the overall response feels a little less dampened in the high-end, both in comparison to no Dirac and to the WF-1000XM4. If the Sonys’ warmer profile provides a more pleasant listen, the Klipsch buds provided exceptional clarity even at higher volumes, where there’s no sign of distortion, and solid separation between musical components without disturbing the glue of the overall mix.

Given Dirac’s description of Dirac HD as “lower lows, higher highs, and a mid-range so thick you can feel it” — well, that’s much more of everything, so it’s little surprise that when you turn it off, the plain sound initially sounds lacking; indeed we wonder if these buds were designed specifically to sound good with Dirac engaged, potentially sacrificing vanilla audio fidelity in the process, though a few minutes of listening acclimatised us to either setting. And if you’re not happy with the balance, the Klipsch Connect app provides a helpful 6-band EQ with each band frequency listed.

The initial snare hit of MorMor’s Heaven’s Only Wishful sounded crisp, and throughout the track the Klipsch allowed each synth and guitar component to comfortably coexist with the vocal rather than compete. The same was true during the climax when a crunchy guitar solo is paired with an octave jump in the vocals, both delivered with a pleasant smoothness here considering their abrasive nature.

In Off-Piste by Photay, the intro’s glitches were given impressively three-dimensional life before being replaced with the off-kilter drop and kick-ducking bass. In a song where individual elements are threat­ened with being submerged in the wide-open wash

of synth pads and sustained notes, the T5 did a remarkable job of distinguishing each melodic nuance and percussive dynamic.

On Deserta’s shoegaze delight Hide, this ability to create distinction was even more obvious — the delicate balance between an oppressing wall of noise and musical interplay was maintained without losing the sense of raw power.

For something a little softer, Westerman’s ‘Sketch’ version of standout track Blue Commanche displays all the tenderness and faults that come with a demo recording. The characteristic slapback echo provides a rich sense of space to the mournful vocal delivery while the compressed acoustic guitar fills out the rest of the soundstage with gorgeous and intimate detail. The Klipsch buds captured all this impressively well.

It’s natural to compare the Klipsch to Sony’s WF-1000XM4 buds given their similar price points and feature sets. If the Klipsch buds don’t quite offer as well-rounded a product as the Sonys, they certainly make a solid case for themselves, offering excellent sound quality subject only to their limited Bluetooth codecs, plus a premium design, decent noise­cancellation, and some unique features. 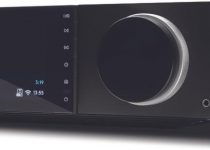 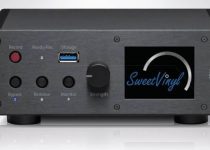