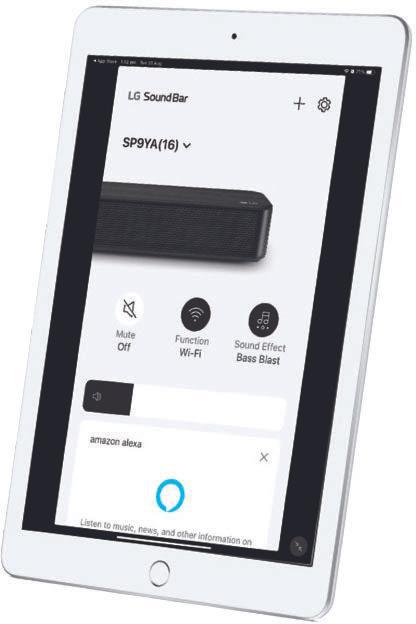 Back in the earliest days of soundbars, they were made exclusively by audio companies – Altec Lansing, Cambridge, DefTech, Yamaha, and the outlying specialist ZVox. It was, after all, a sonic challenge to redesign a large traditional speaker box into a long thin enclosure that could fit below or under a TV.

But as time moved on, TV companies themselves saw the benefit in making their own, able to offer package deals, and to guarantee compatibility in both connections and styling between TV and bar. Today many best-sellers come from LG, Samsung and Sony, although the audio companies are hardly letting go – JBL, Klipsch, Sonos, Yamaha and many others are also vying for a slice of a healthy soundbar market.

There’s no clear divide in sonic success between the two camps. Sony knows how to make good speakers, after all. Samsung owns Arcam, JBL and Harman, plus its own California audio lab. We’ve heard some cracking soundbars from such ‘TV’ companies, and have given them awards in the past.

LG has less audio history, but it partners here with the UK’s Meridian, whose sonic mastery is beyond question, as is their track record in technologies such as digital signal processing and audio compression. The relationship is now three product generations old. So how will it enhance this latest ‘SP’ range? We have the second-from-top model, the SP9YA, to find out.

This is a soundbar and wireless subwoofer combination, with the bar some 122cm wide, and the subwoofer a tallish design around 40cm high, thereby usefully minimising its footprint; it ports to the rear and fires to the front from a woofer around 14cm (5½ inches) in diameter, backed by a quoted but unspecified 220W of Class-D power.

The soundbar itself can be wall-mounted, with brackets and a template usefully included in the box. It has seven drivers – L, C and R, plus a side-firing driver at each end, and two firing up – for Atmos height we assumed, as the bar can decode Dolby Atmos and DTS:X, in addition to lesser surround formats. Each channel gets 40W of Class-D power (measured with a full 10% THD), though the top channels, perhaps surprisingly, get 50W each.

It is possible to add actual physical rear wireless speakers to this system, using the LG SPK8-S kit; we didn’t have this available to us, but we did note that the animation on the SP9 website shows them delivering height and surround – in fact they’re just surround.

There is a single 4K-capable HDMI input, also an optical digital input, and one HDMI output, equipped with eARC, the easiest way for the bar to receive audio from your TV, in surround if your TV has an eARC-compatible input, or stereo if only ARC is available. If you don’t have eARC on your TV, then the only way to present the LG bar with a surround signal is by plugging in a video source – Blu-ray or AppleTV, say – to that HDMI input.

The LG is also well-stocked with audio streaming options, having both AirPlay (not AirPlay 2, it seems) and Chromecast onboard once the unit is networked, which is by Wi-Fi only. There’s also Spotify Connect, controlled from your smart device but usefully streaming direct from the internet, not via your device. You can play files from the rear USB-A slot, and you can als set it up to respond to either Alexa or Hey Google via an external device. 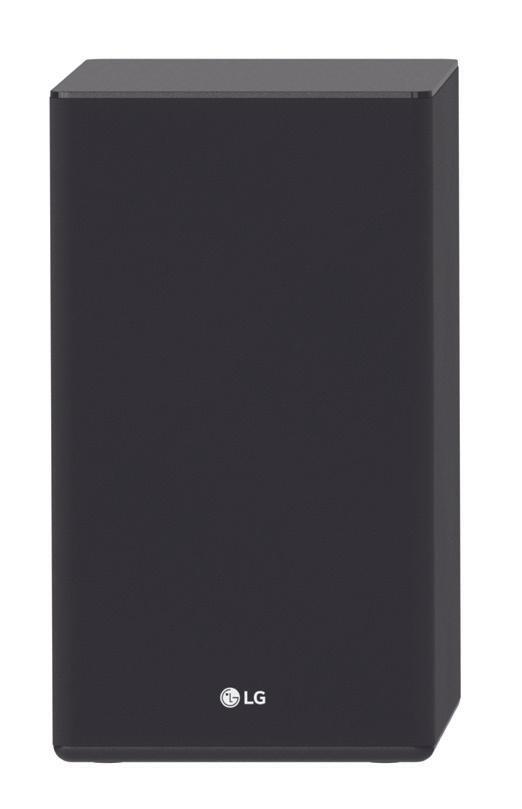 We can’t say that set-up was entirely smooth, nor will it be for anyone who follows the ‘Simple Manual’ in the box. This tells you how to plug it all in – we connected a 4K Blu-ray player to its single HDMI input and ran the output to the eARC-equipped input on our TV (a Samsung). Easy. Then – as there is no Ethernet socket on this soundbar – the manual moves on to making a Wi-Fi connection.

The instruction for this to install the ‘LG Wi-Fi Speaker app’ for iOS or Google Play. Does this app exist? Sadly no. In the main manual (online only) there’s a QR code linking direct to the app – but again the Android URL didn’t exist and the iOS returned ‘not available in your country’. The telephone support line for LG suggested another app, LG Soundbar, which we found, and it did the job. “We’ve renamed it,” said the helpline operator. It’s different, but still includes AI Room Calibration, which we tried; it made no audible change to the sound – perhaps a testament to our room being fine.

We connected to the bar via Bluetooth from an iPad Pro just to check all was well – in fact our iPad offered the superior AirPlay, so we chose that. Music emerged immediately, but thin as a rake; no subwoofer output, even though the sub’s light was green. A restart usually fixes that, and did so here. Ready to play.

The ‘Standard’ setting is the one to which Meridian has direct sonic input; Meridian’s name is equally prominent to that of LG on these bars, continuing a ‘tuned by’ relationship that has benefitted the last three generations of LG soundbars. How deeply are they really involved? We asked Meridian about this last year, and their response was that while they have influenced acoustically-important elements of the product design, the main focus has been on DSP processing, donating Meridian sound enhancement technologies such as Meridian Image Elevation and Meridian Bass & Space. Meridian’s tuning expertise is applied to the ‘Standard’ mode “to ensure a natural tonal balance for any content, but with a focus on rich, clear dialogue for general TV and movie use”.

That’s a reasonable description of what you get, except that in ‘Standard’ mode there was a thickness in the lower mids notable on dialogue, which slightly hampered intelligibility, yet also some high frequency sibilance with spitty esses. We thought LG’s ‘AI Sound’ mode, which the manual describes as “sound customised with artificial intelligence”, performed with more clarity and less artifact.

While perusing the manual’s explanation of the modes, we realised that in most modes those upfiring drivers are either off or have nothing to do with height delivery at all. They are active in only two of the sound modes – ‘Bass Blast’, which pushes bass up and makes dialogue phasey and shrill, and ‘Cinema’, which was harsh and horrid. These modes seem to upscale everything to all the drivers, including stereo content.

So ‘AI Sound’ proved our preferred mode for 5.1 surround content.

But the most expansive sound came when feeding it genuine Atmos, which often needs much faffing around with TV and media player settings, but you’ll know because the LG’s display then scrolls ‘Dolby Atmos’ (or ‘DTS:X’, if you have any), and the upfiring speakers become genuine height channels. In this mode – and in 5.1 ‘AI Sound’ – the SP9 could be cranked up to impressive levels, retaining clarity of presentation while delivering a powerful movie sound. The side-firing speakers gave some width, and the sound certainly expanded to an area around the bar, if not full height even with Atmos demo content.

How about stereo content, and music? Day-to-day TV dialogue was quite spitty in ‘AI Sound’ mode; the softened ‘Standard’ mode was less irritating, though still overly sibilant. The best modes here, oddly, were the options for ‘Music’ and ‘Game’.

As for playing music, we sent a wide range of tunes via AirPlay and also from USB stick, confirming FLAC and WAV playback to 24-bit/192kHz. Here Meridian’s ‘Standard’ mode won out, even though male vocals could be stodgy; ‘Music’ mode is too soft, ‘AI Sound’ expansive but lacking in substance. We sometimes found tracks on which the SP9 did a fine job to quite high levels: Roger Hodgson’s In Jeopardy was one, and certainly the subwoofer can assist delivery of enormous impact for artificial modern mixes – crank up Lil Nas X’s Montero or Cardi B’s Up and the SP9 is sure to win friends – these emerge absolutely massive in ‘Standard’ mode. Overall, though, we were unable to find a way to make a mix of music styles consistently listenable.

For movies we enjoyed the SP9 in Atmos and ‘AI Sound’ mode, big and powerful if not what we’d call truly immersive. With music, no matter what modes we tried we were never quite happy with the SP9’s performance. There were high points, but the inconsistency leaves us unable to recommend it as an all-rounder. 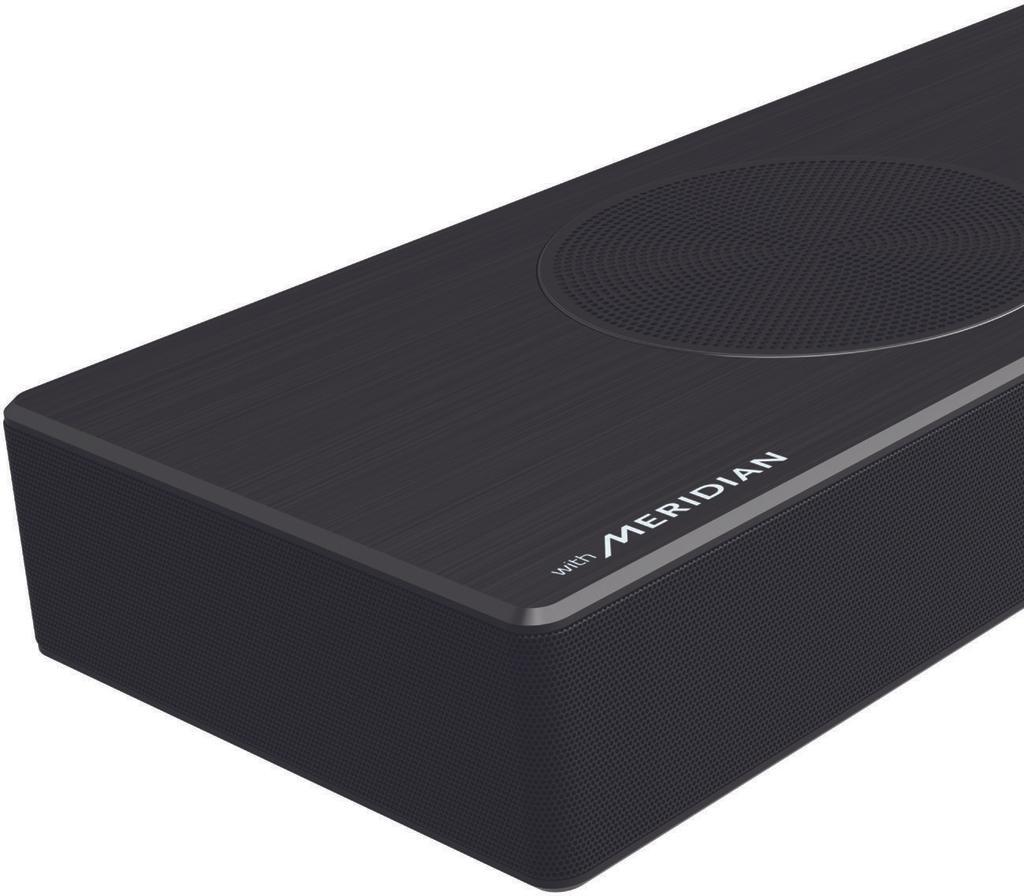