There haven’t been many sub-£ PC cases that have wowed us as much as Lian Li’s Lancool One recently. It offered good cooling, plenty of features, RGB lighting, decent water-cooling support and a unique, head­turning design. Lian Li has recently stepped up to claim the sub-£ case crown again, though, with an updated version of the case, not surprisingly called the Lancool II. What’s more, it offers even more features than its predecessor and will still leave you. 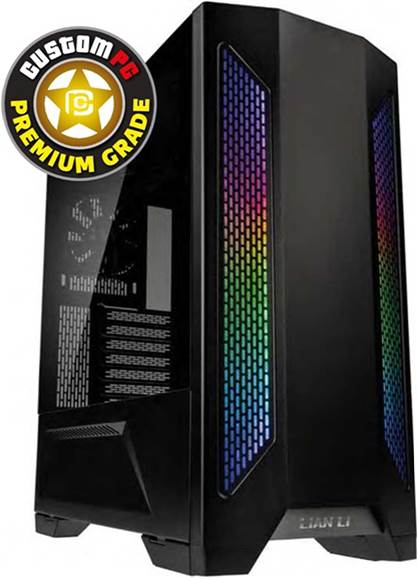 You get a lot of case for your cash here. Let’s start with the exterior, which includes hinged tempered glass side panels on both sides that require no tools to use. Below these, again on each side, you’ll find panels that flip down, providing access to storage bays and the PSU area, covering up any potential cable spaghetti.

Unlike the original case, the Lancool II also sports two large mesh grilles on the front to boost cooling, although they’re still fairly dainty compared with a full mesh panel, so we don’t expect cooling to be improved much compared with the Lancool One. However, we love the way Lian Li has added RGB lighting to these mesh areas. The lighting is vivid yet tasteful, and the integrated RGB lighting controller enables you to cycle through various colour and effect modes, while a separate connector means you can also connect the lighting strips to your motherboard for control.

The front panel detaches too. providing access to the fan mounts beneath it, and we were amazed to see a slot-together RGB port for the lighting here too, which reconnects itself when you reinstall the panel. The vents do have removable dust filters, but you’ll need to pop the front panel off to access them.

Meanwhile, the front panel sports two USB 3 ports, a 4-pole audio jack, plus power and reset buttons, and two more buttons to control the lighting. There’s a USB Type-C port opening here too, but no port, with the module available separately. There are several other optional components too, such as a 3-way hot-swap SATA connector for the trio of 3.5in tool-free mounts in the base, although these can still be used as normal with SATA cables. Lian Li also offers a vertical GPU mounting kit that includes a replacement rear panel plus an anti-sag mount for the GPU.

Flipping open the far side panel reveals a large cable­tidying system, which includes numerous large plates that do a fantastic job of hiding cables, which is just as well, as the glass side panel gives a clear view of any mess. Inside the front panel, Lian Li includes a reversible fan bracket that can move forwards to provide more radiator clearance, although there’s already room for 45mm-thick radiators in the front, in either 360mm or 280mm sizes.

The roof can play host to a 240mm radiator as well, and as this mount is offset, it can be a 45mm-thick model too – you could possibly install a larger radiator here too, depending on your choice of waterblock and fittings. There are three 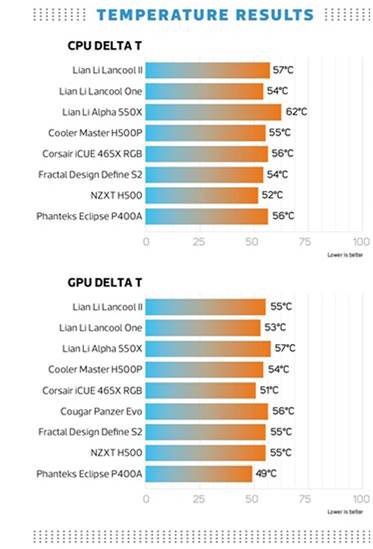 120mm fans included as standard in the front, rear and roof of the case, although we’d move the roof fan to the front of the case to promote positive air pressure, and to direct air at the CPU area.

Behind the motherboard tray, you’ll also find two 2.5in SSD mounts, and a further pair of these mounts are sneakily hidden behind the far-side flip-down panel. There are three 3.5in hard disk mounts in a removeable cage in the base of the case as well, and these can also double as SSD mounts. As we mentioned earlier, these mounts can be upgraded with a hot-swap device too. If you plan on air-cooling your PC, then there’s an ample 176mm CPU cooler clearance, largely brought about by the fact the case is quite wide for its height. It stands 49cm tall, and measures 23cm wide.

Building a PC in the case posed no problems, and the motherboard tray sports plenty of cable-routing holes, as 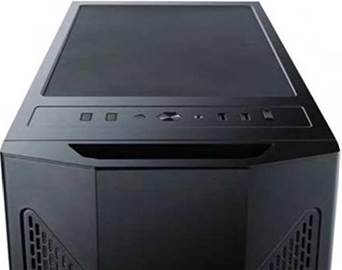 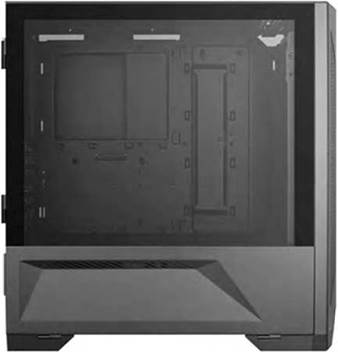 well as a large cable cover to hide any fan or power cables you decide to route through it. The roof and base also include dust filters to keep the interior clean as well.

The Lancool Il’s CPU delta T of 57’C is reasonable, but it was still a couple of degrees warmer than the original case’s 54‘C. The case performed similarly to the Corsair iCUE 465X RGB, but much better than the Lian Li Alpha 550X, which topped 60′ C. The GPU delta T of 55’C was more competitive, matching the Fractal Design Define S2 and NZXT H500, but the Lancool One was a little cooler again. Thankfully, the fans were exceptionally quiet. Overall, the Lancool II is a capable and quiet case right out of the box.

With reasonable cooling, a low price, lots of features and a striking, tasteful RGB-equipped design, the Lancool II is a hit. It still includes most modem features, it has decent water-cooling support and it has more hard disk mounts than many of its peers. We also like the flexibility; if water cooling is your priority, you can remove the hard disk cage.

If air cooling is your game then you can swap other aspects about, and the addition of a full cable-hiding array of plates behind the motherboard tray means it’s blissfully easy to make a great-looking PC too, as you can see in our feature on p76. The Lancool Il’s cable-tidying features, distinctive appearance and great design makes it one of the best sub-£ cases available.