I make no secret of the fact that I adore the MX Master 3. I called it “peerless” and that’s something that is still true today. But, three years is a long time in the tech world, so Logitech has gone and made it even better. Read our MX Master 3 Review.

Impressively, Logitech managed to dampen out almost all of the click noise without sacrificing much in the way of tactility. Often, quiet or silent versions of switches can feel mushy or vague and less tactile and precise, but the MX Master 3S retains almost all of the tactility of its noisier predecessor. Obviously, the mouse buttons feel softer and more damped, but it retains a pronounced point at which clicks register. To my fingers, the overall sensation is also more rounded – more Topre, less Cherry MX.

The other big change is the sensor. It’s now a higher resolution 8,000 DPI unit, which doubles its predecessor. Perhaps more crucially, it continues to work on various surfaces – I tested it on wood, glass, metal, and even fabric.

Logitech says the higher resolution sensor helps users who work with high-resolution displays, but I’m not sure that’s necessary. I’ve been using the MX Master 3 with a 4K monitor for the past two years and recently added the 5K Apple Studio Display to my setup, and not once have I felt that I needed a more sensitive sensor. For what it’s worth, I have the MX Master 3S set at 1,500 DPI while the tracking speed at the OS level is at the fourth highest setting.

The vertical scroll wheel is the same electromagnetic MagSpeed unit which uses magnets to switch between a freewheeling spin mode and a step-by-step ratchet mode. And, like its predecessor, the all of the mouse’s wheels and buttons are customisable through the Logi Options+ app (available for both Windows and Macs). The customisation options are powerful and detailed.

Battery life is unchanged at 70 days on a full charge. This sounds about right as I usually get close to two months of use from my MX Master 3. And if you ever find yourself completely out of juice, the mouse’s quick-charging feature lets you get three hours of use from just a single minute of charge. It charges over USB-C.

You can also pair with up to three devices either over Bluetooth or with the Logitech Logi Bolt USB receiver, but annoyingly, the button to switch between devices is still at the bottom of the mouse.

And because the MX Master 3S is mostly identical to its predecessor, the same problems remain. It is not suitable for left-handers, there’s no physical battery level indicator, and is quite heavy. At $ the MX Master 3S isn’t exactly what you’d call affordable, though it’s also not quite as pricey as some high-end gaming mice.

Should owners of the MX Master 3 run out to upgrade? I don’t think so, unless you absolutely must have a quieter mouse or you have hands so sensitive that it can maximise its new 8,000 DPI sensor. The only reason most other owners should upgrade is if their MX Master 3s have become badly worn from use.

If you have an older MX Master mouse or any other mouse, then it’s a no-brainer. The MX Master 3S is a fantastic mouse for productivity and general use. Its features, high level of customisation, and overall refinement are unmatched. If you spend a lot of time at your computer, this is an extremely worthy investment. 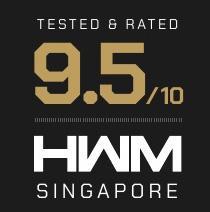 SMALL, BUT PROFOUND UPGRADES TO THE MX MASTER 3.

Logitech MX Master 3 Advanced Wireless Mouse
$94.99
January 28, 2023 5:14 pm
× Product prices and availability are accurate as of the date/time indicated and are subject to change. Any price and availability information displayed on Amazon.com (Amazon.in, Amazon.co.uk, Amazon.de, etc) at the time of purchase will apply to the purchase of this product.
16 new from $84.00
2 used from $74.95
BUY NOW