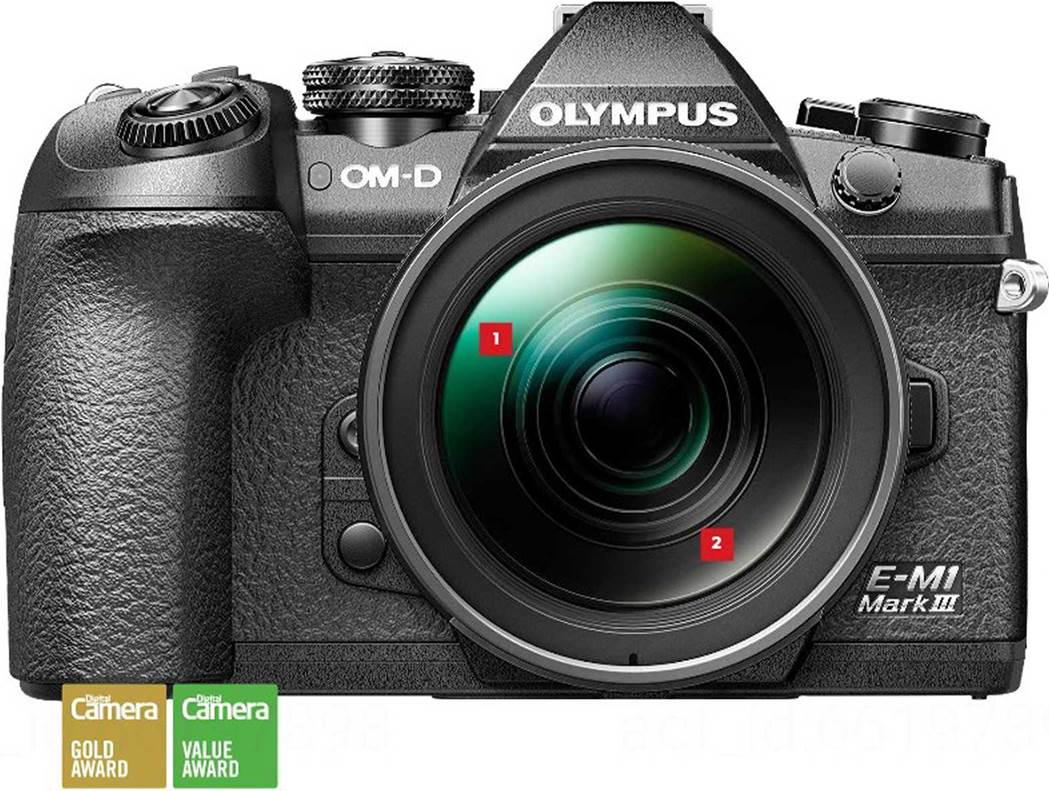 Brought over from the E-M1X, an improved Supersonic Wave Filter reduces sensor dust by a factor of 10.

The Olympus OM-D E-M1 Mark III is a distillation of the company’s greatest technology, and the apex of its professional camera aspirations. The smallest and lightest pro system in the world, it offers an unparalleled 7.5 stops of image stabilisation (6.5 as a base), unmatched 60fps shooting bursts (18 with AF/AE). and advanced features that simply aren’t possible on any if its rivals.

However, when its rivals include the just-launched Canon EOS-1D X Mark III and the brand-new Sony Alpha 9 II. does the Olympus OM-D E-M1 Mark III have what it takes to topple the best professional cameras on the market?

And why has Olympus given us a pro body when it only released the Olympus OM-D E-M1X just over a year ago? If you’re feeling a little confused about the manufacturer’s current top-tier product line, you’re not alone.

Last year saw the release of the E-M1X. a mirrorless camera the size of a pro DSLR. with a built-in vertical grip, dual batteries and twin TruePic XIII processors. All of this amounted to a monstrously powerful camera – but also a monstrously sized camera by Micro Four Thirds standards (which are supposed to be about offering much smaller form factors than full-frame systems). 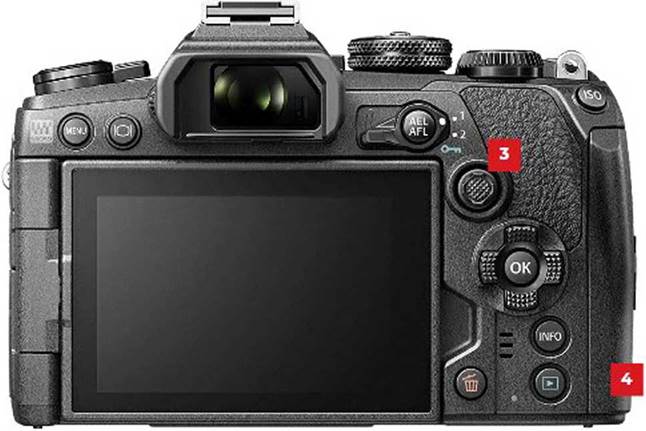 3 To accommodate the new joystick, which helps so much in selecting autofocus points, some controls have moved around compared with the E-M1 Mark II. The Info button now sits where Menu used to be, and Menu now resides at the far left of the camera’s rear.

4 The camera supports charging via USB cable, and also supports the USB PD standard to enable the camera to be used while charging. This means th at you can plug in a power bank and keep on shooting (provided you attach the optional HLD-9 battery holder).

5 Aswiththe E-M1X, the Bulb function has been added to the mode dial, giving direct access to Olympus’ brilliant Live Composite. Live Bulb and Live Time modes – it’s a nod towards astrophotographers, whom it seems the company is keen to attract. 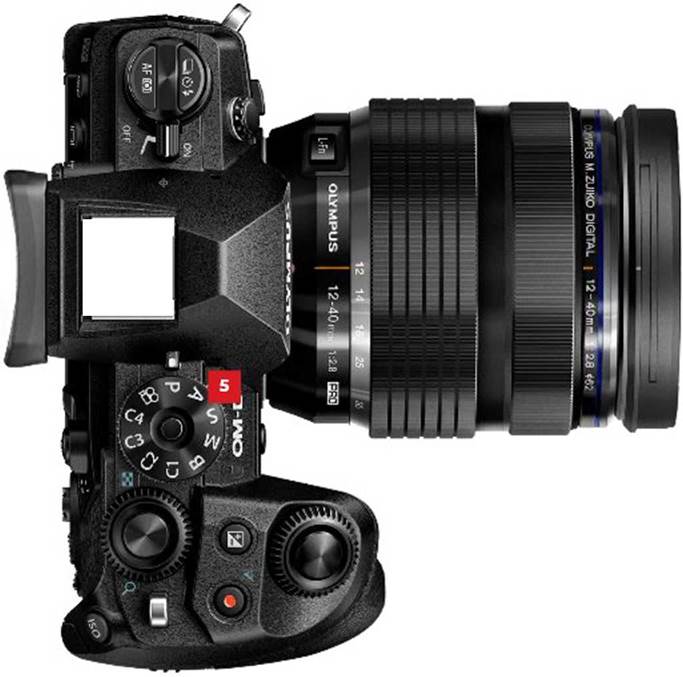 While the E-M1X isn’t without its place, we’re very pleased to see Olympus return to convention with the Mark III. which combines the raw power of the E-M1X with the smaller, familiar form factor of the E-M1 Mark II.

While we’re disappointed that Olympus is trotting out the same 20.4MP image sensor yet again (it is a great sensor, but come on. guys – it came out in 2016!). along with the same old EVF and same old screen, this time we do get a brand-new processor: TruePic IX. To illustrate how powerful this new processor is. the E-M1X required two TruePic Vllls to perform its more advanced features – such as Live ND filters. Intelligent Subject Detect AF, and the handheld 50MP High Res Shot. The fact that the TruePix IX can perform all these tricks, and more, tells you just how much more beastly it is than its predecessor.

Indeed, among its new party pieces are an improved Face Priority / Eye Priority AF algorithm, which keeps a better lock on subjects, even side-on: and the new Starry Sky AF algorithm, which comprises accurate astro autofocus, a fine-tuned scan option for telephoto lenses, as well as a special image stabilisation-powered mode for handheld astrophotography shots.

The E-M1 Mark III carries over other signature features from the E-M1X. such as 80MP High Res Shot for tripod-based photography: seven stops of image stabilisation (7.5 with Olympus Sync-IS lenses): custom AF targeting to create bespoke focus clusters (such as a straight, vertical, person-shaped line rather than a clump of squares): new AF target modes for stills and video: and 4K / C4K capture up to 30fps. with OM Log400 and movie stabilisation good enough to retire your gimbal. 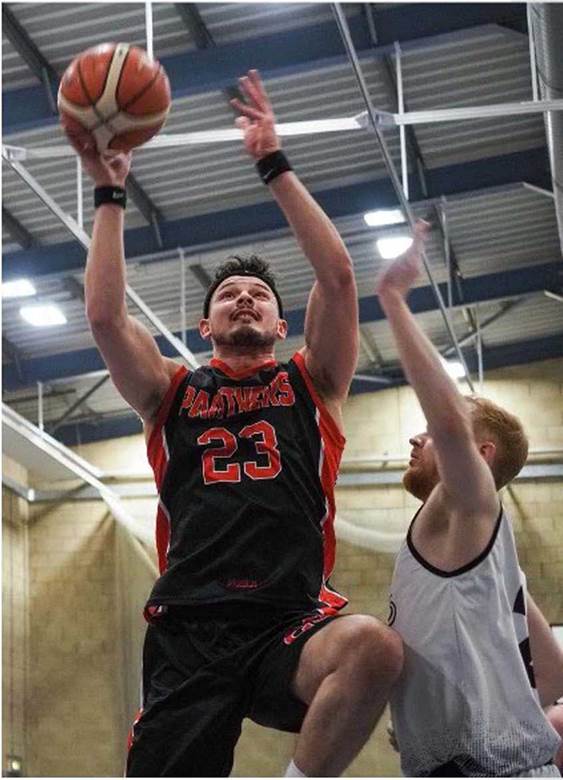 We tested the E-M1 Mk III head-to-head with the Canon E0S-1D X Mk III. It kept right up with both its full-frame counterpart, and the players on the court.

It also boasts all the familiar flagship features, such as 60fps burst shooting (with focus locked, and 18fps with full AF/AE tracking). 1080p video at up to 120fps. in-body Focus Stacking and Focus Bracketing, and world-class weather-sealing.

The Olympus OM-D E-M1 Mark III is identical in size to the Mark II.

With upto 7.5 stops of in-body stabilisation, we shot handheld exposures that were 10 seconds long!

and is only heavier by six grammes. While the ergonomics are likewise almost the same, there is one key difference: like the E-M1X. the camera now possesses a Multi Selector (that’s a joystick, to you and us).

Up until the E-M1X. Olympus bodies relied on either the D-pad or Touch and Drag using the rear LCD screen to manoeuvre focus points around. However. D-pads are too finicky for fast movement – and if you’ve ever used a camera in cold weather or with gloves on. you’ll know that Touch and Drag is only good until it isn’t. So the

addition of a joystick is a very welcome one. especially if you’re shooting fast action or sports.

Another useful addition ported over from the E-M1X is the dedicated ISO button, which resides on the camera’s right shoulder above the rear thumb grip (displacing the Fn1 button). It was only an extra click or two to change ISO settings using the Super Control Panel before, but having a specific button is undoubtedly useful in the heat of the moment.

Last year’s E-M1X featured a pro DSLR-sized frame, but the E-M1 Mk III goes back to the ultra-compact form of the Mk II.

As you’d expect, the Olympus OM-D E-M1 Mark III confidently outperforms the Mark II. Everything here feels superior, from the faster and more robust autofocus to a significant improvement in ISO performance, and of course in the video capabilities. If you’re an existing Mark II owner and you’re wondering if this is worth the upgrade, you’ll notice a dramatic boost in its core performance – and that’s before factoring in the new features.

The camera performs at least on par with the E-M1X (unsurprising, given that many of the same algorithms are running under the hood), and meaningfully outpunches it in a number of areas. In particular, handheld 50MP pixel-shift images are far more consistent (previously it was prone to more errors when rendering), while focus-stacking autofocus and accuracy feels far improved.

The in-body image stabilisation is truly otherworldly. The E-M1 Mark III delivers seven stops of stabilisation as standard: but when it’s paired with a Sync IS Pro lens (the 12-100mm f/4. the 300mm f/4 and the upcoming 150-400mm f/4.5). that becomes an astonishing 7.5 stops. Bearing in mind the 2x crop factor, we’ve shot rock-steady handheld images at the equivalent of 1.200mm – something that makes this camera a powerhouse for wildlife shooting. The IBIS system provides enormous advantages for shooting handheld in general, especially in low light. 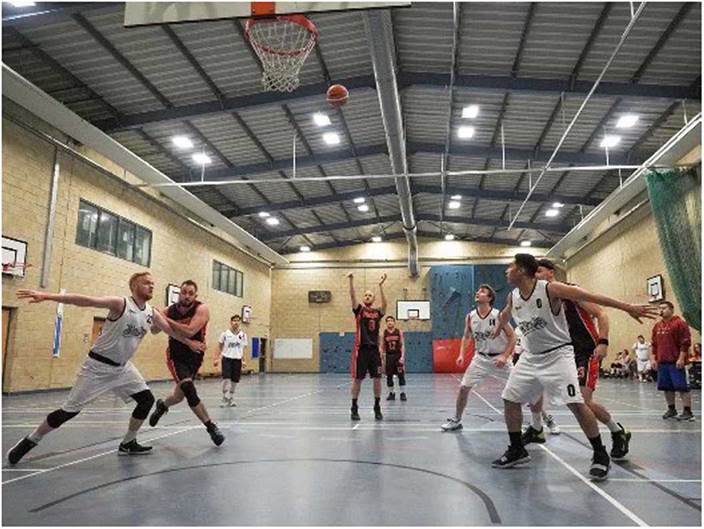 Even with frantic action like basketball, the E-M1 Mark Ill’s autofocus system is highly reliable.

Pro Capture mode remains one of our favourite features in the camera industry – and it’s something that not even the Sony A9 II or the Canon EOS-1D X Mark III are capable of. If you’re not familiar with it. Pro Capture records 35frames when you half-press the shutter and up to 120 frames (a new improvement) after you’ve pressed it – so even if you’re half a second slow on the draw, you never miss the critical moment, whether it’s a bird of prey taking off or a runner bolting from the starting blocks.

The face detect AF and tracking feels decidedly more ‘sticky’: even when your subjects turn to the side, the AF is able to keep track of and focus on the sides of faces. There is also the handy ability, if the camera detects more than one face in the frame, to select which one to track – definitely a boon for social, event and wedding photographers!

The E-M1 Mark III is a very capable camera for sports and action photography. Its subject acquisition and tracking is both quick and accurate: we found it to be highly capable and reliable in this arena, which is dominated by the sports shooting specialists, the Canon EOS-1D X Mark III and the Sony A9 II.

In terms of video, the Olympus again performed exceptionally. In a shooting scenario as hostile as the basketball court we tried it out in. with such erratically fast-moving subjects, it does require quite vigilant focus point movement (made much easier with the joystick) to make 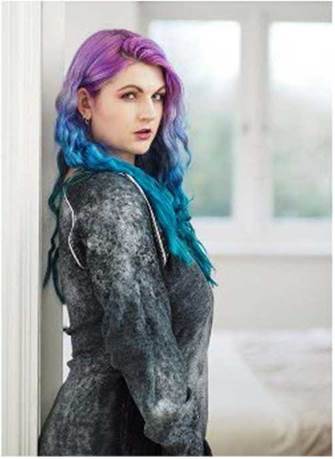 With its 50MP High Res Shot mode, the E-M1 Mark III is ideal for portraiture.

sure the camera knows what and where to target.

It’s in video mode that you appreciate just how formidable the seven-stop image stabilisation really is. Our footage was shot with the camera held out at arms’ length, frantically panning and trying to follow the action while zooming the lens in and out – but despite all of that, it came out pretty darn stable. While a gimbal or full rig would no doubt improve stabilisation, our footage testing demonstrates that you can absolutely shoot steady video without needing such things. It’s part of what makes the E-M1 Mark III a winning package.

Its unique combination of features and superb performance makes the E-M1 Mark III the most versatile all-purpose camera for professionals.