At the top end of the soundbar market, there are two schools of thought. The first is that costlier models warrant additional speakers for enhanced bass and surround performance. The second is that a single, high-quality soundbar should be able to deliver excellent treble clarity, bass and a room-filling sound competently on its own – with extra boxes available (though not necessary) to suit the taste, homes and pockets of the buyer.

And it’s an approach that appeals. After all, isn’t the point of a soundbar that it delivers cinematic audio without the need for lots of speakers? Of course, we also understand that low frequencies are most faithfully reproduced by larger drivers and that reflected surround sound is no match for direct audio. Often though, we have found that multi-box systems aren’t cohesive as a whole and, rather than increase the perception of immersive and realistic sound, if they are not all top performers, the subwoofer and surrounds become distracting. Which rather defeats the point.

Standing proudly on its own two (rubberised) feet, the HT-A7000 requires no additional speakers to justify its hefty price point of £1199 or its position as Sony’s flagship soundbar.

Both the LG and Samsung include a separate sub and a pair of wireless surrounds, but a single bar solution in the style of the Sony A7000 would be the Award-winning 5.0.2 Sonos Arc, which delivers impressive Atmos performance on its own for £799, but can also be expanded through the addition of two One SL speakers (£358) and, if required, a Sub (£699).

It may be just one unit but the HT-A7000 is an incredibly weighty 8.7kg and, at 8cm high, it’s taller than most, only just sneaking under the Sony A80J OLED TV that we test it with. Described by Sony as an ‘Omnidirectional Block’, a concept shared by the rest of the range, the HT-A7000 is made up of a blend of materials, textures and shades of black, from the fabric covering the upward drivers and a perforated metal front grille, to the polished-glass top surface and the greasy fingerprints that instantly appear on it after reaching for the capacitive function buttons. The build feels substantial and sturdy, although the mixed look of its design perhaps isn’t as slick as that of some of its competition.

While the main soundbar may be a bit unsure of its image, the included remote is firmly a ’90s throwback. Using this you can quickly access (almost) all of the A7000’s functions and check settings such as which audio format you’re currently listening to, with a scrolling text response on the front face of the soundbar. It’s a nice touch; but even better is the fully integrated on-screen set-up and options menu you get if you own a Bravia TV (Z9J, A90J, A80J, X95J, X90J, X85J or X80J series). Other AV brands have begun adding symbiotic technology to their soundbars and TVs, but this is one of the best uses of it we have seen – and it is particularly useful given the heavy feature load of the A7000.

The set-up and room calibration process for the A7000 is a breeze, as is connecting to streaming services such as Spotify Connect, Apple AirPlay 2, Google Chromecast, and integration into a multi room system – with Amazon Alexa, Apple HomeKit and Google Home all supported.

It’s great to be able to get up and running without having to reach for your phone but, should you wish, the Sony Music Center app for Android and iOS offers another handy way to control the A7000.

Our only real set-up gripe is that there aren’t any options to tweak the soundbar’s EQ bands on the remote. In fact, the only discrete tone settings available are three bass volume levels hidden away on the app’s sound settings.

The A7000 may be packed with streaming smarts but it is also heavily specified when it comes to physical connectivity too. Gamers and those whose TVs lack more than one spare HDMI port will be pleased to know there are two HDMI 2.1 pass-through sockets capable of handling 8K@60Hz, 4K@120Hz, and Dolby Vision HDR. While that sounds like full-fat HDMI 2.1, Xbox Series X (and, one day, PS5) users should note that at present the A7000 doesn’t support VRR or ALLM.

Alongside these inputs, there are sockets for eARC/HDMI out, analogue and optical audio inputs, USB type-A, power and an analogue output for Sony’s Acoustic Center Sync, which lets a compatible Bravia TV become part of the soundbar’s centre channel when the two are connected using the supplied cable.

There are so many connections that the cavern on the rear that’s designed to hold all the ports is on the cramped side, which is certainly worth bearing in mind if you think you might want to access it regularly.

In terms of supported audio formats, the A7000 excels itself again and includes Dolby Atmos (in both the Digital+ and TrueHD formats), DTS:X, LPCM, wireless hi-res audio and Sony 360 Reality Audio. The last of those is an object-based spatial technology that surrounds the listener, with compatible content available from Tidal, Amazon Music HD, Nugs and Deezer.

Sony has opted to use a combination of driver placement and psychoacoustic techniques to enhance the width and height of the soundstage, whether you’re watching immersive content or not, and it works very well. Alongside the upward drivers, there’s the company’s Vertical Surround Engine (VSE), which up-mixes standard content to make use of the height channels. But more key to the A7000’s overall performance are the wide-spaced beam tweeters, which channel audio through a series of flute-like chambers, and Sony’s S-Force Front Surround Technology, that is engaged when the ‘Cinema’ and ‘Standard’ sound modes are selected.

So effective and transparent is the performance of these wide tweeters that, while watching the opening scene of Gravity in Dolby Atmos, we repeatedly check there isn’t a speaker immediately to our side.

As Sandra Bullock rotates on screen, unable to detach from the spinning robotic arm, the brilliant sound design is superbly rendered spatially, undulating upward and outward, beyond the scope of the image. Later on, as she floats into the depths of space, snatches of radio static and comms appear to be spread on either side of the listening position. In terms of height and precision, the performance is similar to that of the Sonos Arc, but the width of the soundstage and its forward projection is more convincing. It’s not the same as having direct audio from a speaker above or to the side, but it’s effective and dramatically enticing, enriching the viewing experience.

The Sony’s bass also impresses with a taut, controlled and powerful performance that we haven’t heard from a single soundbar, besides the pricier Sennheiser Ambeo. Even when we push it to the extremes with the pulsating synths of Blade Runner 2049, the subwoofer of the A7000 handles itself well with a strong leading edge while retaining musicality, though we do notch down its volume level from high to medium. The Vangelis-inspired score is reproduced with an appropriately epic sense of scale while retaining finer details. Dropping into quieter moments, the A7000 neatly picks out dialogue with transparent clarity.

Swapping to Nomadland, which has a more restrained but still compelling Atmos sound design, the A7000 confirms its ability to handle lighter, nuanced sounds. The excellent depth of field means that changes of location are stark and powerful. Inside the van, with the subtle noises of the world passing by outside, the viewer feels tightly enclosed. From the cavernous clanking Amazon plant to the gentle winds and vast empty reverb of the open desert, the A7000 places you firmly into each space.

“The A7000 produces powerful cinematic audio and an immersive, detailed soundfield from a single soundbar that impresses more than most multi-box systems” 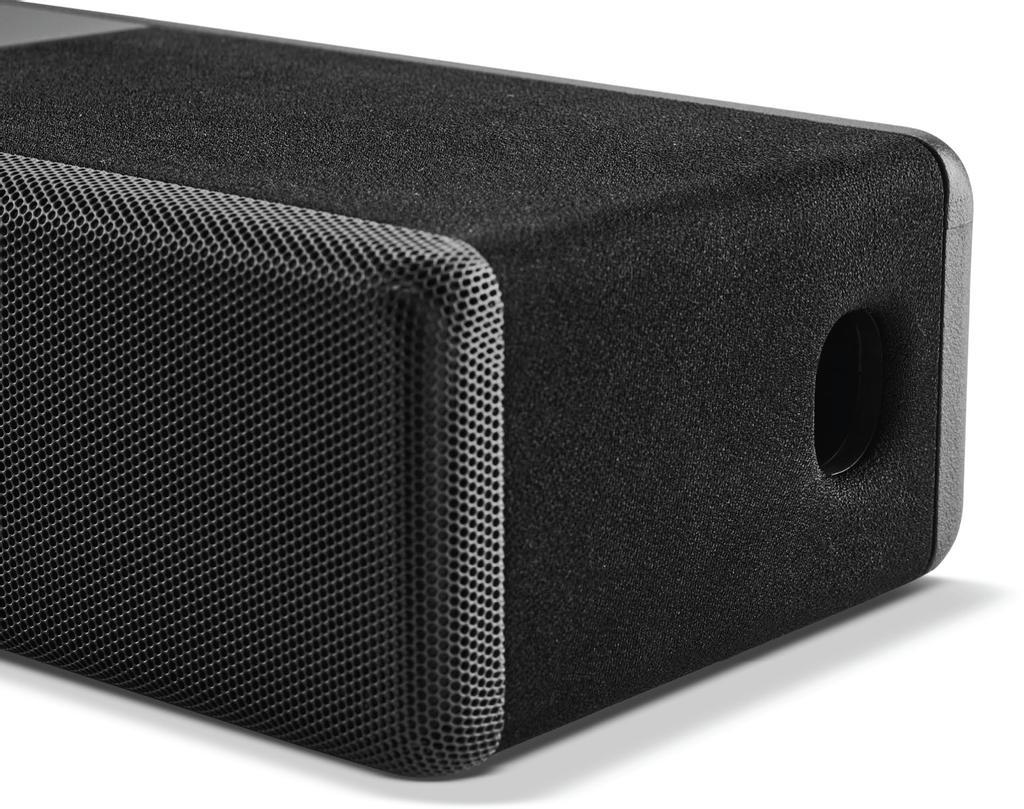 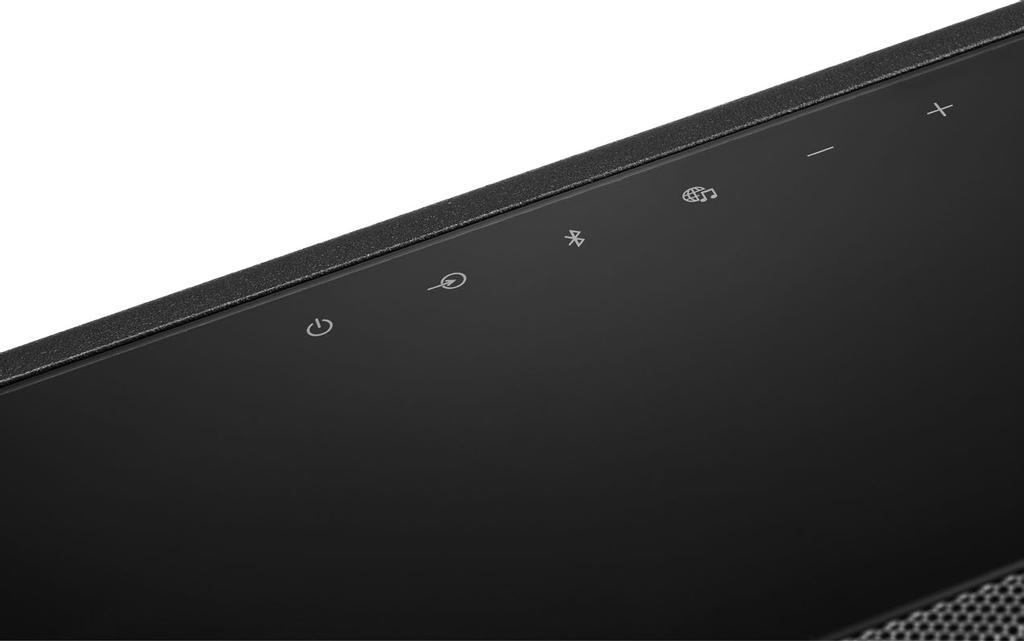 Throughout the film, dialogue is naturalistically, and often quietly, spoken – but once again the A7000 shows excellent presence. And while adding in the Sony TV to bolster the centre channel doesn’t dramatically alter the already impressive soundfield, it nicely adds to the openness and character of voices. Should you need it, there’s a dialogue boost setting, and if you’re watching DTS:X content you can individually adjust the dialogue level using the remote.

When streaming music we find that keeping the A7000 in Standard mode or the weighty Cinema setting is preferable to Music mode, which doesn’t make use of S-Force Pro Front surround technology. The vertical sound engine, which up-mixes tracks to make use of the height speakers, is best left to classical or acoustic tracks without heavy rhythmic elements.

The deep, hypnotic bass in Björk’s Hyperballad is punchy, confident and rounded, with only the very lowest notes flattened off slightly. There’s plenty of headroom to push the volume, but it’s unlikely you’ll need to venture above 70 unless you have very understanding neighbours.

In Led Zeppelin’s Ramble On, the clicking percussive transients, kick drum and bass maintain taut rhythmic coherence, while the guitars and vocals have plenty of separation with just the right amount of melody and edge.

Switching to the dynamically diverse Et In Carnatus Est and Santus of Mozart’s Grosse Messe there’s a pleasant warmth and consistency in the strings across the lower midrange, and the soundbar’s low end makes a decent attempt at the majestic timpani rolls and organ bursts. Here, the vertical surround engine is an enjoyable addition and seems to add a touch of sweetness to the higher frequencies.

We decide to road test a few 360 tracks from Tidal’s catalogue for good measure and quickly realise that not all 360 tracks are created equal. For example, Foo Fighters’ Everlong on the A7000 feels a touch boomy and cluttered, whereas the drum panning on Pearl Jam’s Alive fizzes with lively effervescence. Immersive audio is still very much a developing area for streaming companies but, for now, it’s a welcome bonus in an already feature-packed soundbar.

The A7000 produces powerful, cinematic audio and an immersive, detailed soundfield from a single soundbar that impresses more than most multi-box systems.

If there were no limits to our income or living space we would happily add the optional surround speakers and subwoofer, but the A7000 does not feel wanting of any extra support. It’s an incredibly competent, future-proofed performer that enhances everything we watch and sets a new benchmark for Dolby Atmos soundbars at its price.

A powerful, musical and immersive soundbar that succeeds where many multi-speaker systems fail